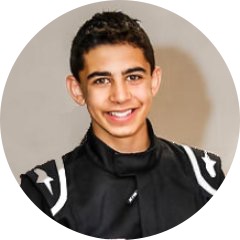 Kate Morfoot of Jungle PR is delighted to be working with Josh Vallance, a budding Grand Prix star who has been beating seasoned youngsters older than him and has attracted attention from talent scouts and sponsor Richard Vass.

Kate first met Josh and his mother when he was nine years old securing his first press article about his ambitions in the Eastern Daily Press.

Since then he has secured a substantial sponsorship deal from Richard Vass of Burland Technology Solutions Ltd to help him get to the next stage of realizing his racing dream and Jungle PR Ltd will be ensuring they both achieve maximum publicity.

The Dereham school boy, 15, has been winning on the kart racing circuits since he began at the age of 9 years old and he has been identified as a gifted racer with similar racing attributes only Lewis Hamilton has.

Mr Jay Marshall, Director of V1 Logic Ltd, a professional racing driver evaluation and development company based near Silverstone says: “I met Josh when he was 11 years old. Even then his motivation and mental agility were apparent and had direction. His exceptional commitment and focus provide the on-track building blocks for a natural speed and consistency very few racers can master at his age. We psycho-metrically bench-marked Josh against our database of professional racing drivers at an unusually young age, confirming for us he already has the vast majority of skills required to race at the very top end of the sport, V1 will work continuously with Josh managing his development as a racer.”

Sponsor, Richard Vass says: “We are delighted to support Josh at this early stage in his racing career. His results so far, despite limited budget and resource speak for themselves. We hope that with our support he can fast track his career and emulate the success seen by Dame Ellen MacArthur who we also sponsored at the outset of her career way back in the 90’s.”

To keep updated with Josh Vallance’s racing achievements follow him on: 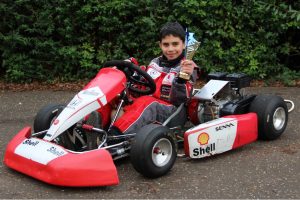